Hello Delightful Doggie readers, we are going to continue with the medium size dog breeds recognized by the American Kennel Club and today I have all the ones from the “H, I, and J’s” of the alphabet. And some are so adorable but we still have a very long way to go until we have them all. 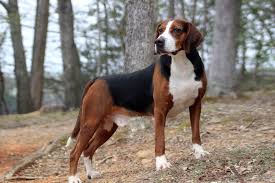 The Hamiltonstövare was developed in Sweden by the founder of the Swedish Kennel Club, Count Adolf Hamilton, a breed of hunting hound. Its ancestry includes several German hounds as well as English Foxhounds and Harriers.

This scent hound was bred to hunt hare and fox they will follow their nose wherever it goes (and not return for a long time) therefore leashes and fences are necessary with this breed. An excellent lure coursing dog with an extremely high prey drive with both scent and sight. Standing 19 to 24 inches at the withers, weighing 50 to 60 pounds, and having a life expectancy of 10 to 13 years, the tricolor coat is close-fitting to his body and is weather resistant.

Hamiltonstövare’s are energetic, patient, devoted, even tempered, friendly, and courageous, they can be easy to train despite their hound stubbornness, but higher competitive obedience levels are not usually an option. They are a good family pet for older children but never should be kept in a home with other smaller animals because of their high prey drive. A low maintenance breed that rarely sheds but they are not hypoallergenic. Since the late 90s they have been used as service dogs in America with their versatility and close bond with their owners shine. 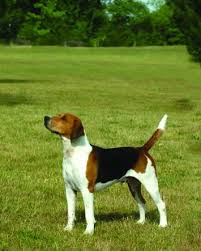 The Harrier originated in England a medium-sized hound breed used for hunting hares by trailing them, a swift and prey-driven pack dog smaller than the English Foxhound but larger than the Beagle.

Being a larger more powerful hound than the beagle they stand 19 to 24 inches at the shoulder, weigh 45 to 64 pounds, and have a life expectancy of 10 to 12 years. The short coat comes in white, black & tan, lemon & white, red & white, and tricolor not a high shedding breed but a couple of brushing’s a week is required. As hunters they are built to endure a long day’s hunt.

Personality and temperament of the Harriers is cheerful, sweet-tempered, outgoing, friendly, active, tolerant, loving, and energetic. Acting like puppies well into their adult lives they require a lot of exercise so apartment dwellers this breed is not they love being around people and other animals (because they are a pack breed). Normally tolerant of children however you do need to watch them around other pets in the house that are not dogs. 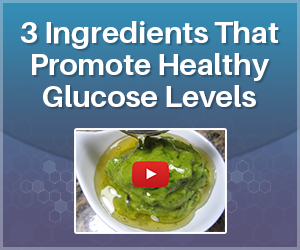 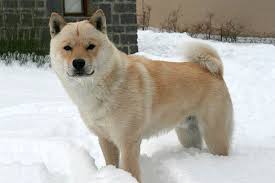 The Hokkaido originated in Japan, and is known by other names including Ainu-ken, Seta, Ainu dog, and in Japan its name is shortened to Dō-ken sometimes.

A medium size strong built dog noteworthy for its endurance and dignity they stand 18 to 20 inches at the shoulder, weigh 44 to 66 pounds, and have a life expectancy of 11 to 13 years. The double coat has a coarse outer layer and a fine thick undercoat that sheds seasonally coming in colors of white, brindle, black, black & tan, red, wolf gray, and sesame. This breed is extremely rare outside of Japan where there is an estimated population of around 12,000.

A very loyal and dedicated companion that wants to please its human, they are intelligent thinkers and problem solvers excelling at tasks given to them. The temperament is docile, faithful, bold, dignified, brave, and highly alert making them an excellent watch dog. They are suitable as a family pet with children and known to be playful and affectionate around them, but if not properly socialized will become wary of strangers and protective of family members. Not recommended for apartment life needing moderate activity indoors will do best with a yard where they can expel most of it. 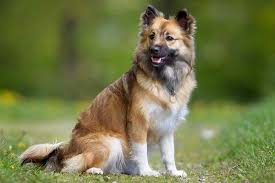 The Icelandic Sheepdog originated in Iceland from the dogs brought there by the Vikings, a Spitz type similar to the Norwegian Bunhund, Shetland Sheepdog, and the Welsh Corgi, commonly used to herd sheep in the countryside.

This is the only native dog breed to Iceland they are one of the 50 or so northern breeds known as spitzes, classified by the dense coat, foxy face, pointed ears, and the bushy curling tail. They stand only 17 to 18 inches at the shoulders, weight 20 to 30 pounds, and have a life expectancy of 12 to 15 years, the beautiful dense coat comes in white & cream, gray & white, black & white, fawn & white, gold & white, and chocolate & white.

Not a breed for apartment living with the active background of being a herder more exercise is required that what that would provide for them, also being a verbal breed the barking would not be so great with the close neighbors. With the temperament of hardy, inquisitive, energetic, cheerful, alert, agile, friendly, happy, and affectionate especially with children and other dogs they make a wonderful family pet. The males are usually more laid-back and cuddly than females in this breed, but both sexes are affectionate toward the family – not exactly a good watch dog because they are generally friendly. 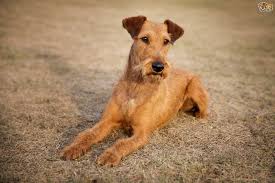 Bred as a rat-catcher or vermin dispatcher this is a bold, dashing, courageous terrier of medium size standing 18 to 20 inches at the shoulder, weighing 24 to 26 pounds, and having a life expectancy of 13 to 15 years. The tight coat comes in red wheaten, red, and wheaten with the unmistakable mustached jaws. They are considered to be part of the breeds known to be hypoallergenic for those who have allergies. Irish Terriers were once described as “the poor man’s sentinel, the farmer’s friend, and the gentleman’s favorite.”

Due to the high train-ability of the breed, convenient size, they have the advantages and abilities to make a great companion for apartment dwellers due to the small amount of exercise they require. Temperaments in the breed include being respectful, lively, intelligent, protective, trainable, dominant, and possessive. They do not do well with dogs of the same sex and will not back down from a challenge. I have mixed emotions with this breed as a family pet with small children and the possessiveness they have toward things that belong to them. But as a watchdog you can not ask for much better. 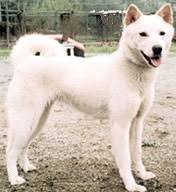 The Jindo originated from Jindo Island in South Korea a breed of hunting dog bought to the United States with South Korean immigrants.

This medium size breed stands 18 to 20 inches at the shoulders, weighs 33 to 51 pounds, and has a life expectancy of 12 to 15 years, with a double coat that sheds and twice a year the undercoat will shed. Colors of coats can be found in black, white, red fawn, brindle, black & tan, and gray. In their native land they are celebrated for the fierce loyalty and brave nature they show their masters, with a very strong instinct for hunting they are not tempted easily not impetuous.

A bold, loyal, intelligent, faithful, active, brave, watchful, alert, careful, agile, and strong breed which is extremely faithful to its master. This breed is considered the best one-person dog although he will accept a new master he will never forget the former master who raised him from puppyhood. These dogs are valued as loyal companions, independent hunters with a good sense of direction, and discerning guardians of their property. Properly socialized growing up they can be good with children but never other males animals this is not your typical dog park companion. For a dog they keep themselves amazingly clean and eat sparingly.

Today’s breed have been eye-openers from some great family dogs to the last one which I would most surely recommend as a one-person no other pet owner breed.

People who are familiar with breeds known if it is possible to mix the animal with other pets in a household but for those of you who are just starting out please make sure to do plenty of homework on the breed you are interested in.

I have had dogs all my life and still come across the one or two in every breed line that just does not fit into the personality or temperament traits that it should have been born with.

Having dogs from a few breeds in the same house at one time I can tell you that at times it can get rough until they figure out who is going to be the dominant or alpha male of the house or even delta female depending on which might be the case.

More than one dog means that one is going to be the leader but in my case what is best the owner or master needs to be the leader of a pack, once you learn this then they all fall into place where they should.

What are your opinions on the breeds here today?

Find any that tempt you to look for one of them to add to your life?

Answers to those questions along with any comments, suggestions, or questions you have for me can be left in the space provided below.

Thank you for stopping by and do not forget to bookmark the website there are many more breeds to come,