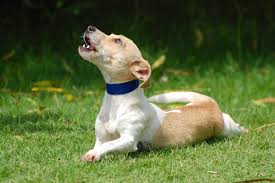 Why Do Dogs Howl? Do You Know?

What a wonderful day to discuss “Why Do Dogs Howl?” mine do and I decided to do a little research to see why they howl.

Is there a reason or perhaps a noise that is hurting their ears? I had a wolf and he often howled but that was natural for him!

Why do Dogs Howl?

My opinion here is that dogs are descendants of the wolves and that it would be normal for them to howl, but some dogs do howl more than others what causes this behavior.

I have a Pit Bull right now that when I come home I can hear her from outside howling and then the other two would bark at her are they communicating in a language only known to them?

Because of her being the youngest of the three dogs I have found that she suffers from separation anxiety. Ever since I have gotten her she is rarely left for any length of time without a human and if I am gone more than a few minutes to her it seems like forever.

Howling is a common trait among all canines and no dog is exempt from howling, it just depends on what brings this howling about.

Because it is a non-specific behavior howling can occur anytime there is a “distressed”, stressed in a situation they have no control over (being in a kennel), feeling territorial, communication with dogs far off, or perhaps responding to a siren.

Wolves will howl to bring all the hunters back to the pack or at times to ward off enemy packs that are coming into their territory letting them know that they are trespassing and they are ready for them.

When dogs howl they could possibly be communicating with dogs from the other side of your neighborhood their hearing is so much better than humans and we cannot even begin to hear what they do.

One of my labs would only howl when we played a certain CD it was funny he would sit in front of the stereo and actually sing along with the whole song. Some dogs will howl at the sounds of sirens even before we as humans even hear them.

As humans, we can talk to our dogs, but they have their own way of communication and howling is just one of the forms they use to communicate for attention, making contact with other dogs, and to announce their presence of where they are.

If a dog is sick or injured they may howl in a slightly different way to vocalize they are having a problem, if you notice this is more than normal then please get them to the veterinarian for a check-up it could be serious.

Has your dog ever woke you in the middle of the night howling? When you get up to check on him/her there is nothing wrong but you can hear the neighbor’s dog howling as well? I think this comes from their ancestral wolves and they join in as an automatic response to the rest of the pack communicating where they are.

I have known dogs to howl when someone has passed away mostly the owner the one who has taken care of them all their life up until now – this can cause the neighborhood chorus to begin – but every time it happens does not mean that something is wrong at that time.

Dogs do howl for many reasons but mostly it is for long-distance communication, territoriality, loneliness (anxiety), sickness, or injury. Humans need to learn it is just a dog’s method of communication to other dogs.

Can I Stop or Break The Howling

First and foremost you need to determine the reason for your dog howling, once you have determined it is not because of sickness or injury then you can work on stopping them or breaking them from the howling habit if it is bad.

One thing most dogs respond well to is reward therapy – in other words, once you get your dog to stop howling reward them with a treat. If they continue to stay quiet for at least 5 to 7 minutes give them another treat letting them know quiet is good.

After a couple of treats for being quiet and you soothe them, they should be alright – continue to do this when they start to howl to see if this will stop or break the howling issue.

When it comes to a dog howling because of anxiety this is a whole new issue and requires another form of protecting them from harm.

Some just howl from the separation while others will howl and destroy – this has happened for me – and she is now in a kennel when I go out.

The only problem is I can put nothing in the kennel with her that she does not destroy and this can even be at night when I am home in bed and she is in the kennel. So I looked up some suggestions that I am going to try to see if any of them help. The first one is listed below.

Fill a treat ball with peanut butter then put it in the freezer for the next time you need to go out, peanut butter is going to take a long time for him/her to lick out of the treat ball but being frozen also is a cool treat. 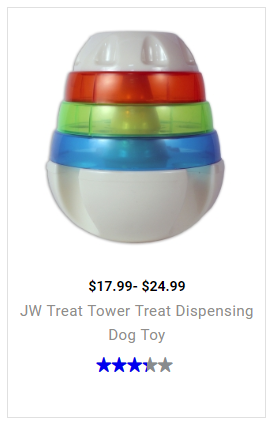 Always tell your dog you will be back soon when you leave, I do this even if I am walking across the street to the dollar store for a few minutes. Stop when you get outside of your house to see how long he/she howls, prior to continuing on your way.

Some dogs especially one that you have adopted may be unsure that you will return to them as they may have been abandoned in the past.

When you arrive back home give your dog a very exuberant greeting. He/she will then start to look forward to your return instead of howling while you are gone.

Make sure you take the treat ball when you return home (I usually wash it and set it out to dry for refilling). Doing this teaches your dog that he/she only receives special treats when you go away and you will return to pick them up.

Now that we have a good idea of why dogs howl what do you think? Does all of this make sense of why our best friends end up singing (howling) at times?

If you have had a dog that had this problem in the past would you mind sharing your remedy with us?

Any suggestions on what to do with anxiety when left alone for a dog?

Your answers below are greatly appreciated along with any questions, comments, or suggestions that you might have as well.

Thank you so much for coming by today see you again soon,