Hi all, I thought since someone asked me and unfortunately it was not on the website but elsewhere if I seriously had a real live wolf as a pet, the answer to that is “Yes, for 14 years until he passed away”

Shall we start at the beginning of the story so that everyone can follow along? A gentleman I knew and worked with wanted to rehome his Great Dane because he was a truck driver and going back out on the road.

Me being the nice person I am and my husband back then had always wanted a Great Dane I tell him that I will take the dog as long as he gets along with my Labradors (which I have three at the time).

When he brings the Great Dane (his name is Beau) to meet my Labs (Neko, Bruiser, and Ripper) they all managed to get along great so now I was the proud owner of a Great Dane that did not care for women.

After a couple of weeks, Beau decided that women are not so bad and walks over sits in my lap as we were watching television one night and that was the end of the story I was now a Great Dane mom!

Time goes on and eventually, the man that I had gotten Beau from remarried and wanted his dog back (I told him I would give him back could never do that to anyone) and my husband agreed but was somewhat bummed because we had become attached to Beau.

One of the men he worked with at the time had wolves and was breeding them, he was telling my husband that he just had a liter and was not sure if there were going to be any left because you know my hubby wanted one. Just when my husband thought he was going to be disappointed the man found a pup in the back of the mother’s box he did not know she was hiding and told my husband he could have him.

WooHoo, we go to pick up this wolf pup and I get to meet all the other wolves this man has seven in total, never had I been this close to a wild animal I was a bit hesitant until I got close enough to pet one and then I fell in love.

Wolves are not predatory animals like everyone is led to believe yes the hunt for food because that is what they eat meat, but they do not kill just to kill.

This man had two that he was letting breed in a large enclosure and people would bring him road kill and throw over the enclosure walls for the wolves in it, others would leave it outside so he could distribute to the other wolves.

Meeting our Timber (that is what we named our pup) for the first time he was a ball of fluff fur like a little tiny nothing all fuzzy and cute.

On the way home his first ride in a car he was frightened and curled up with my husband inside his shirt and shook. Once home we had a special formula that he had to eat for about six weeks because he was so small nothing solid just yet.

I wish I could remember all the ingredients but sorry I do not, all I do remember is it was almost like a baby formula when it was ready for him to eat and stinky oh my. For the first night home, we found a box to put Timber in that he could not climb out of and lined it with newspaper for accidents and gave him a fluffy pillowcase to sleep on.

My son thought that since he was so cool begged to let us keep him in his bedroom for the night needless to say we agreed how many people you know tell their kids NO?

The next morning I had to go to work so after getting ready decided it would be a good idea to check on the pup before leaving making sure he was still in the box.

Sneaking in quietly I take a look in the box and sure enough there he is laying on the pillowcase. He looks up and growls at me as in you woke me up get out.

Needless to say, I was not exactly happy with this little runt growling at me but my husband and son had a good laugh when I talked to them later that day.

As Timber grew we were learning that a wolf is not a dog. They have different habits and ways of behaving one of those are the fact we could never housebreak him because he was a wild animal, not a wolf hybrid.

Another habit wolves have is eating rocks/stones it helps with their digestive system somehow we ask our veterinarian about him doing this and he explained it was normal. The only problem was Beau decided he should also eat them LOL

When Timber would play he would play like a cat, not a dog we even had a small cat for a time that a friend had to get rid of until we could find it a new home and Timber loved playing with the cat.

Wolves have a pecking order in the pack and from what we observed and researched our Timber was the peacemaker, in other words, he would watch over all the dogs from a place in the yard making sure all was safe and secure.

He was lovable and sweet one of the best animals I have ever had the pleasure of having in my life. He passed away after 14 wonderful years with him. 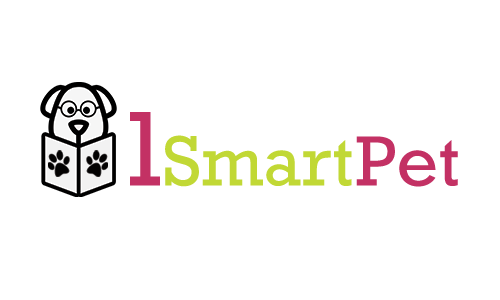 The years that we had him I would trade for nothing in this world, would I do it again you bet ya I would. Would I recommended to anyone else to take in a wild animal, no because it is not fair to people the responsibility of taking care of a wild animal versus a domesticated one is much different.

Wolf hybrids are very different from an actual wolf and yes the license for them is expensive you need an exotic pet license so do your homework before you adopt any animal.

For fourteen years this animal was my best friend after growling at me that first morning and I would never ever have changed a thing about living with him.

Questions, suggestions, comments I know you have some please leave them in the space provided below.

Thank you hope you enjoyed reading about my wolf, Timber,